The Totem Pole is a pillar or rock spire found in Monument Valley.[2] It is a highly eroded remains of a butte.
Monument Valley (Navajo: Tsé Biiʼ Ndzisgaii, meaning valley of the rocks) is a region of the Colorado Plateau characterized by a cluster of vast sandstone buttes, the largest reaching 1,000 ft (300 m) above the valley floor. It is located on the Arizona–Utah border (around 36°59′N 110°6′WCoordinates: 36°59′N 110°6′W), near the Four Corners area. The valley lies within the range of the Navajo Nation Reservation and is accessible from U.S. Highway 163.

Monument Valley has been featured in many forms of media since the 1930s. Director John Ford used the location for a number of his best-known films, and thus, in the words of critic Keith Phipps, "its five square miles [13 square kilometers] have defined what decades of moviegoers think of when they imagine the American West."[1] 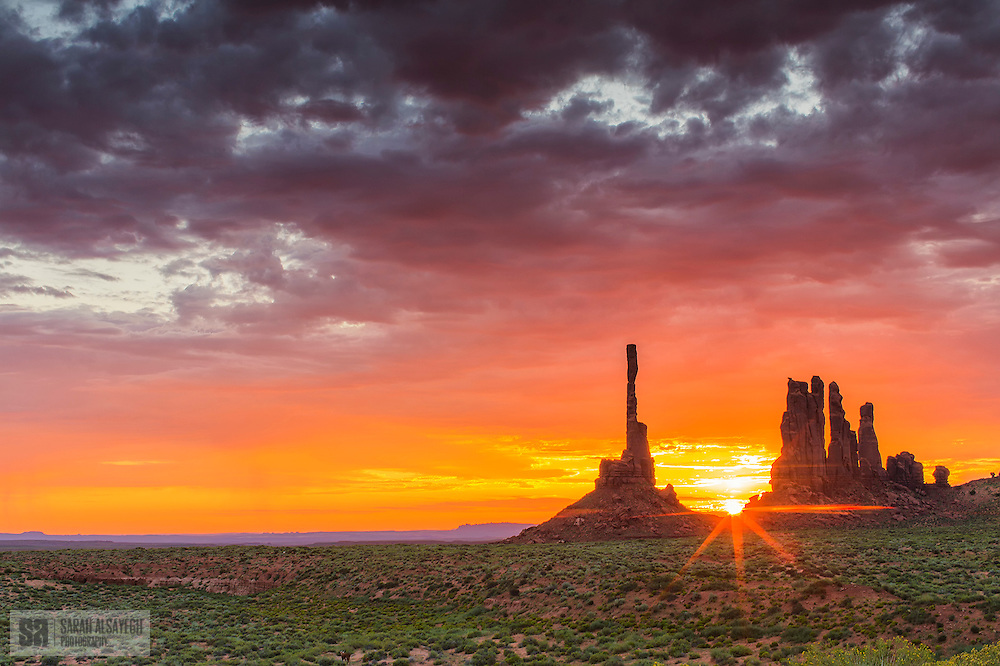