Jökulsárlón (literally "glacial river lagoon") is a large glacial lagoon in southeast Iceland, on the borders of Vatnajökull National Park. Situated at the head of Breiðamerkurjökull, it evolved into a lagoon after the glacier started receding from the edge of the Atlantic Ocean. The lake has grown since then at varying rates because of melting of the Icelandic glaciers. The lagoon now stands 1.5 kilometres (0.93 mi) away from the ocean's edge and covers an area of about 18 km2 (6.9 sq mi). It recently became the deepest lake in Iceland at over 248 metres (814 ft) depth as glacial retreat extended its boundaries.[1] The size of the lagoon has increased fourfold since the 1970s.[2][3][4][5] It is considered as one of the natural wonders of Iceland.
The lagoon can be seen along Route 1 between Höfn and Skaftafell. It presents a picturesque parade termed as “A ghostly procession of luminous blue ice-bergs through the 17 km2 (6.6 sq mi) (18 km2 (6.9 sq mi) as reported in other sources) Jokulsarlon Lagoon”.[3] 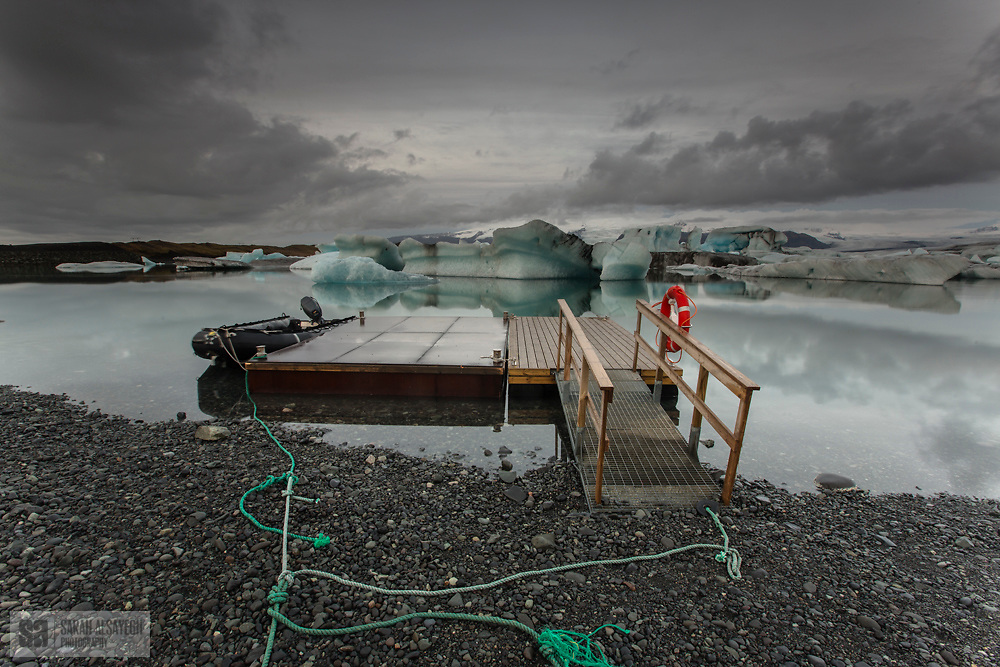