Agathla Peak (Navajo: Aghaałą́, Spanish: El Capitan) is a peak south of Monument Valley, Arizona, which rises over 1500 feet (457 meters) above the surrounding terrain. It is 7 miles (11 km) north of Kayenta and is visible from U.S. Route 163. The English designation Agathla is derived from the Navajo name aghaałą́ meaning 'much wool', apparently for the fur of antelope and deer accumulating on the rock.[3] The mountain is considered sacred by the Navajo.

Agathla Peak is an eroded volcanic plug consisting of volcanic breccia cut by dikes of an unusual igneous rock called minette. It is one of many such volcanic diatremes that are found in Navajo country of northeast Arizona and northwest New Mexico. Agathla Peak and Shiprock in New Mexico are the most prominent. These rocks are part of the Navajo Volcanic Field, in the southern Colorado Plateau. Ages of these minettes and associated more unusual igneous rocks cluster near 25 million years. 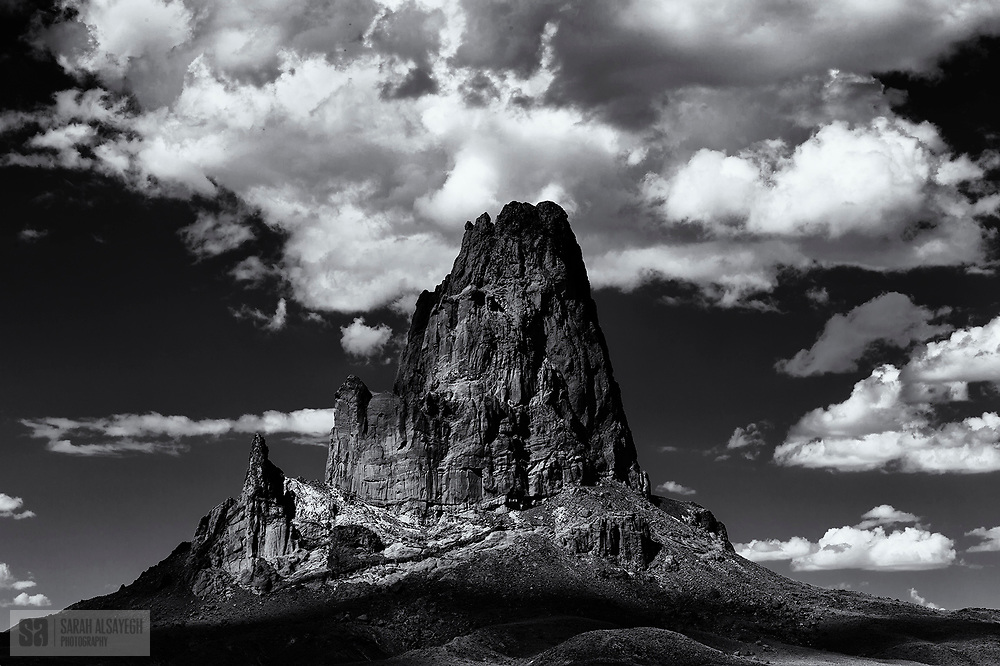